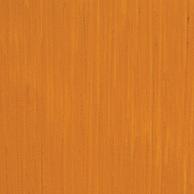 This is a darker counterpart of the two Lead Antimoniate (Genuine Naples Light & Dark), which is closer to the shade offered by makers in more recent times before all manufacturers, except me, decided to replace the genuine pigment with not very accurate substitute blends. A classic shade, good for low flesh undertones.

Lead Antimoniate, in genuine versions, appears to have been used as a pigment since the 5th century B.C. and has been manufactured since the 1400’s. Being one of the most relied-upon colours and in constant demand. I am now one of a few artists colourman left making the genuine article, as opposed to the modern alternate. I continue to do so because its warm, dense, almost ochre yellow cannot be mimicked, as portraitists and figure painters will attest. It is more powerful and yet more muted than its equivalents among the Cadmium range. Its handling characteristics are incomparable. Because it tends to react when parsed with steel rollers, to this day I still grind it with stone.