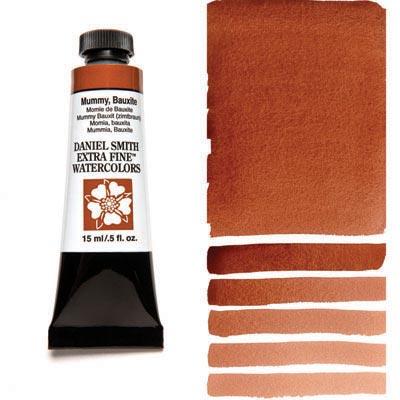 A warm cinnamon color that granulates to resemble rusted iron, DANIEL SMITH Mummy Bauxite combines powerful color with visual texture. Mummy was a very popular organic pigment in the 18th and 19th centuries, rumored to have been made from ground Egyptian mummies. The mineral’s name comes from Les Beaux in southern France, where it was first identified in the 19th century. Our sources bring us Mummy Bauxite from Chitinskaya Province. Unlike the old world color, DANIEL SMITH’S Mummy Bauxite is extremely lightfast, and low-staining. You get the tonal warmth and depth of traditional Mummy with the modern assurance that the color is strong, stable and consistent.